This week we lost a woman who took my breath away.  It was the same for all of us lucky ones who had the true privilege of knowing her.  A kind and gentle dame she was, yet in her presence, only astounding 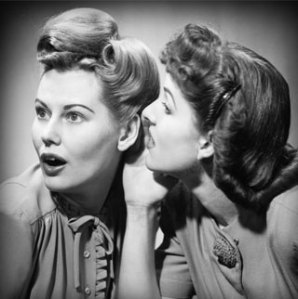 respect was demanded as it would have been embarrassing to react otherwise.  She was one of few mothers who proved this Truth to be dead wrong.  She never stood in judgment of another, moms alike, and she probably had a lot to say as she was a mother of four.

We often stand in judgment of our fellow warriors, myself included.  I know that for me, I probably judge because I feel constantly judged, and react by playing defense for team ego.  As a mother, I assumed responsibility for doing what is right for my children according to the letter, yet the truth is, what is “right” is not always what is best for the unique little people we create.

How many times have you rolled your eyes at a mother who took a break, a second job, or hired help?  How many times have we sneered at she who decided that breastfeeding was not for her, or damned her for giving up too soon?  Who decided that they shouldn’t have a soother or bottle after the age of 3? Maybe they couldn’t afford hockey so they opted for public skating.  What do you mean you don’t make your own baby food! They did nothing at all to deserve a car at 16!  Let them cry it out, stop holding them too much, she’s a nervous wreck, she spoils her kids, she’s too strict…  Are we doing this to make ourselves feel better?  Does it ever work?

Let’s agree to do our best to make motherhood more of a sisterhood, especially if its clear that she is doing her personal best.  As long as our children feel our great love, the pacifier, the harness, the bankbook, nor the boob will have any affect on what lies ahead.  If only it were that simple.

Rock on Bernice and thank you for being the inspiration behind this great lesson.

This entry was posted in Uncategorized. Bookmark the permalink.